Impulse is a command line tool for exploring the imports in a Python package.

It can be used to produce dependency graphs such as this:

Warning: This software is currently in beta. It is undergoing active development, and breaking changes may be introduced between versions.

Install the Python package you wish to analyse¶

There is currently only one command, feel free to suggest more by opening an issue or pull request.

Draw a graph of the dependencies within any installed Python package or subpackage.

The graph shows the relationship between all the immediate children of the package. An arrow indicates that there is at least one import by the child (or any of its descendants) from the subpackage where the arrow points. 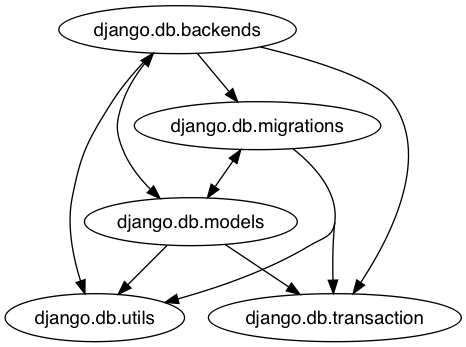